by Felon82 at 09:42 39 Comments
So a visit to the rejuvenated and in form Watford in today's early kick off.

We have a new Signing in Gedson Fernandes for our troublesome CM position whether he gets a game or not is yet to be seen.

We drew with them in the Home fixture earlier this season where if we are being honest they probably deserved to win and this was when they were rooted to the bottom of the league.

Although they were bottom from what I've seen of them their actual play has been much better than the position they'd found themselves in. It looks like Pearson has given it the organisation it needed to turn...
Tweet
Continue reading...
January 2, 2020

by Felon82 at 08:58 156 Comments
​
Between Levy & Pochettino they managed to leave the club in a worse state than when Pochettino arrived.

The young squad with potential is now older and spent, the 1st team is weaker than it was, the squad is completely unbalanced and there's a complete lack of team work or cohesion.

It cannot be stressed enough the damage that signing insignificant quality as and when needed, ignoring glaring weaknesses and the negligence of signing no one has done to this squad.

Remember not just the club but fans actually coming out in force telling everyone it was impossible to...
Tweet
Continue reading...
December 16, 2019

Leipzig At The Lane 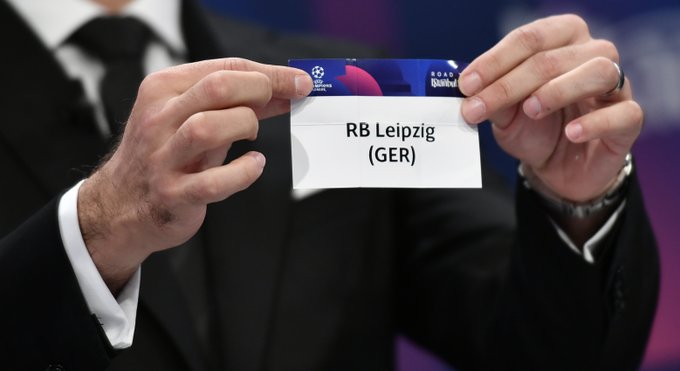 by SpursFromWithin at 19:57 94 Comments
​
Following the Champions league round of 16 draw, we have drawn RB Leipzig, one of the two teams that us as supporters would have wanted. The other being Valencia.

Leipzig are on top form in all competitions, winning 5 out of there last 5 games in the Bundesliga and only loosing one game in the group stages of the Champions League. As much as we would have wanted them, it won’t be no walk in the park. Key players include Timo Werner, who has 21 goals in 23 games in all competitions, who could be a handful for the spurs defenders. Along with Sabitzer and Forsberg who are...
Tweet
Continue reading...
December 15, 2019

by Felon82 at 11:51 16 Comments
​
Big Chance today to close in on Chelsea after their shock losses to West Ham, Everton and Bournemouth.

With Leicester also dropping points, Scum playing City this is a perfect opportunity to put ourselves right back in the mix for the top 4.

What more motivation do we need. This looked impossible a few weeks ago but incredibly with a new enthusiasm and some direction introduced we've started to turn things round.

Wolves are no push over boasting some good players and a positive footballing philosophy, whilst also at home we are gonna need to play well to take 3...
Tweet
Continue reading...
November 22, 2019 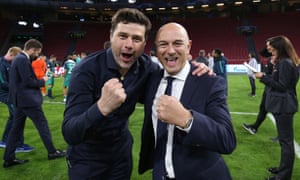 by Josh Bolton at 16:31 90 Comments
​
Did you hear the one about the football chairman who values intense privacy but generates extreme publicity? From offering punchlines and anecdotes for Sky Sports’ ensemble cast to triggering Twitter trends and adding extra inches to newspaper columns, Daniel Levy has a perverse habit of encouraging others to speak about him despite having said little himself.

Many claim to know exactly who this allusive figure is, and more than ever the cult of personality surrounding the businessman has become an overblown caricature. Sundering man from myth is now an impossible task;...
Tweet
Continue reading...